A friend of mine recently asked me to put this book up for auction on eBay for him, with a starting bid of $19.99:  Historical Collections of All Nations by John Frost, Columbus, 1852.  We would split the proceeds. 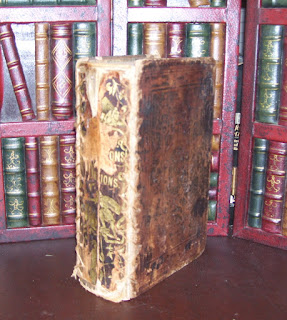 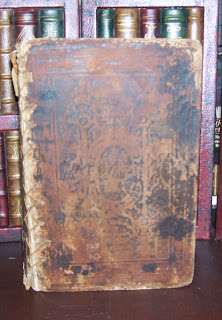 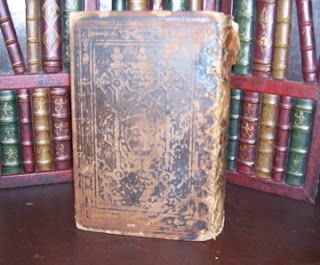 I thought about rebinding the book, but decided it was better to preserve what was left of the original binding.   A former owner had kept the book together by sewing the covers to the spine.

Before listing the auction, I decided to take a few pictures first, beginning with the frontispiece, the title page, and the former owner's inscription on the front free endpaper: 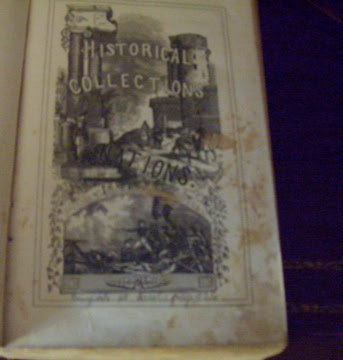 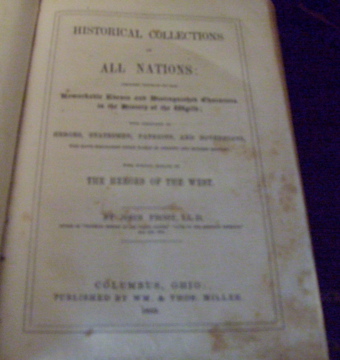 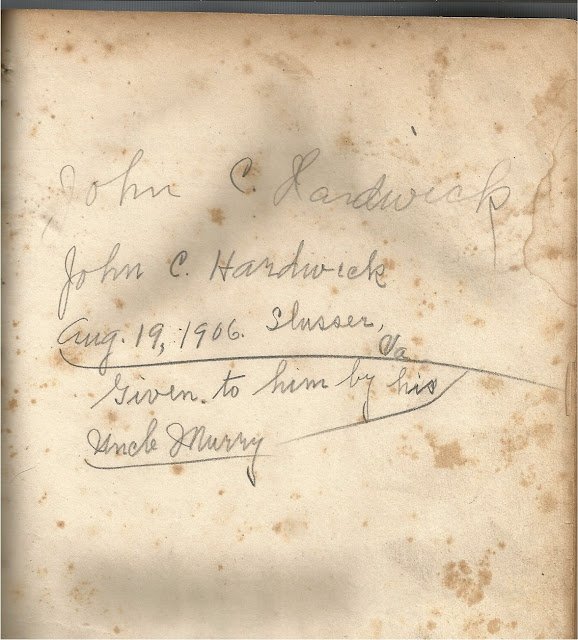 I googled the name, John C. Hardwick, and received over 30,000 hits. No help in identifying the former owner there.  I began flipping its pages again,  looking for interesting illustrations.  I found some interesting pencil drawings too: drawings made by two different people: M. C. Slusser and J. B. Slusser, and on both sides of the the sheets: 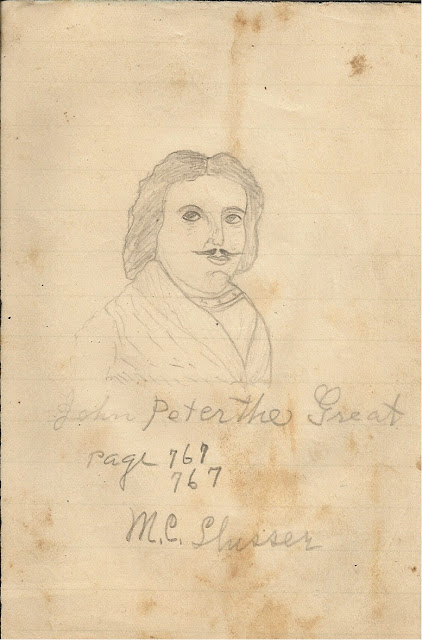 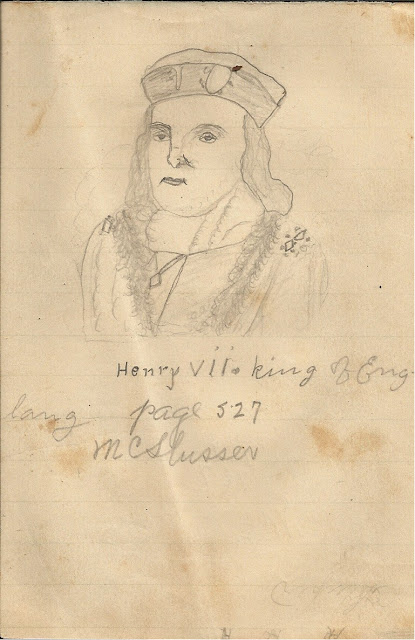 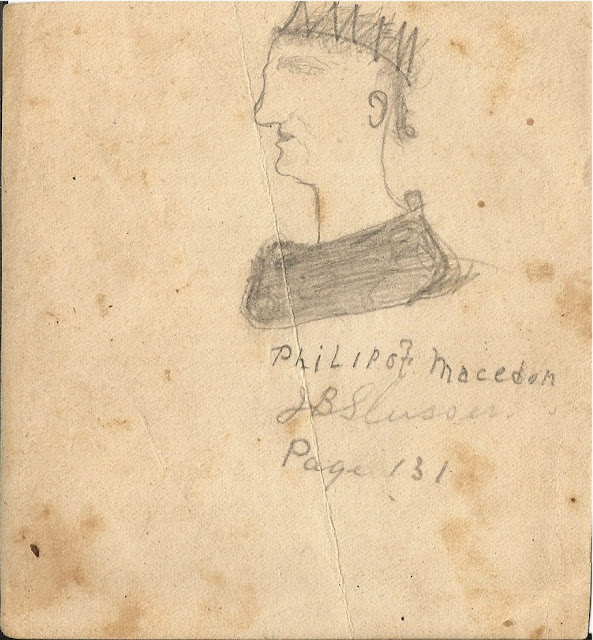 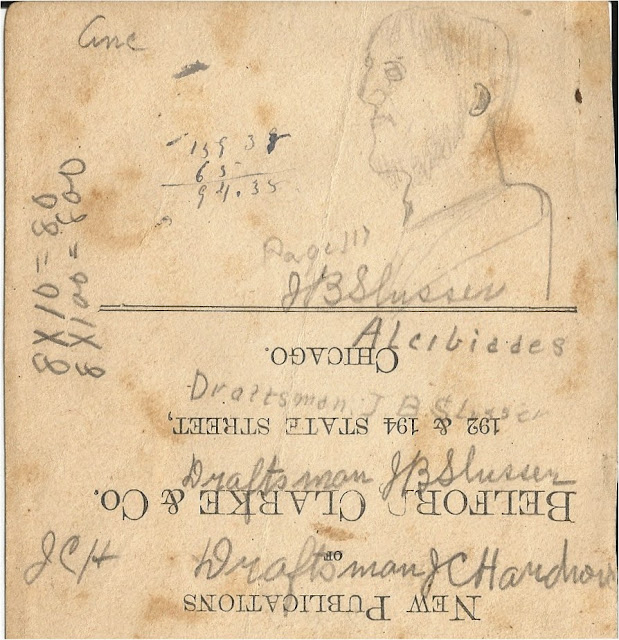 The pencil drawings were practically identical with the portraits illustrated in the book: 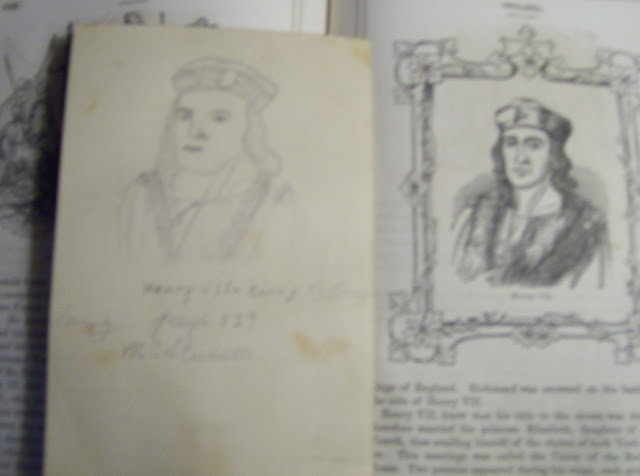 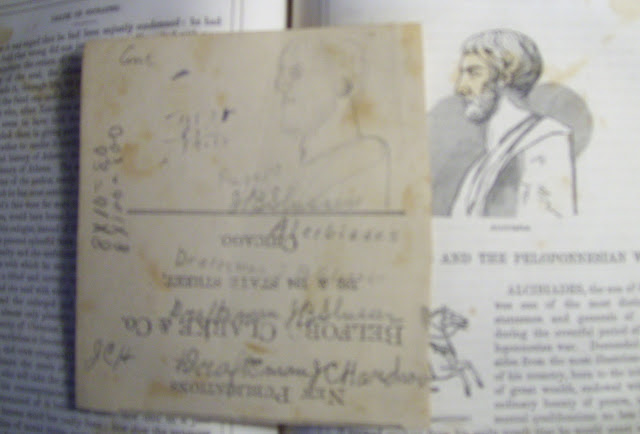 I soon found out why! 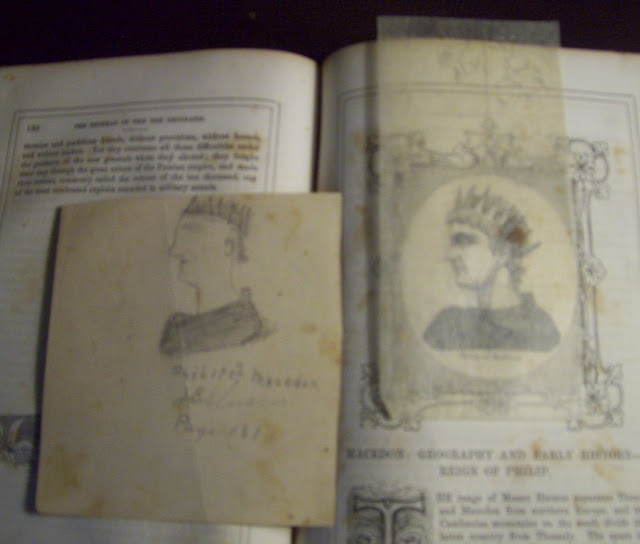 The draftsmen had a little assistance: 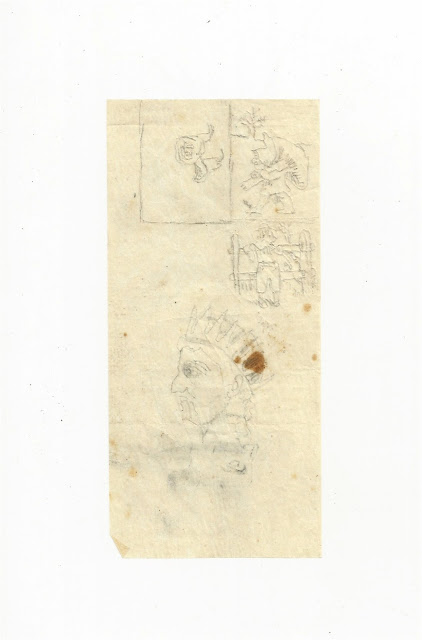 
I had two more names to research:  M. C. Slusser and J. B. Slusser.  But first I wanted to finish taking my pictures. Flipping only a few more pages, however, brought me to a screeching halt! 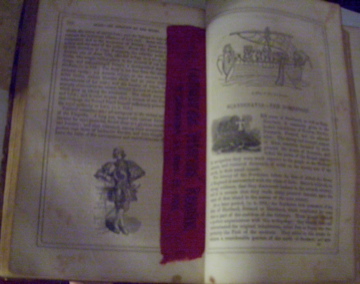 I knew instantly that this Christiansburg, Va. Confederate Veterans' Reunion Ribbon was probably worth more than  the book itself.  I notified my friend of my findings.  And we discussed selling the ribbon separately.  But then I got to thinking. . . .

Everything might be worth more together if I can trace the history of the book, identify its former owners, and discover their link to the Confederate Veterans' Reunion Ribbon.


Googling M. C. Slusser brought me a mine of information –– excuse the pun:

The Slusser family owned a coal company store, supplying coal for the residents and businesses in the Blacksburg area.

The Virginia Tech Library has special collections of the Slusser Business Papers and the Slusser Family Papers.  The Slusser family owned and operated a coal mine in Blacksburg, Va. from 1840 to 1950.

John Cecil Hardwick was a student at Virginia Polytechnic Institute. And Virginia Tech  has a Hardwick Family Collection as well.

John C. Hardwick was the one who attended the Confederate Veterans Reunion at Christiansburg, Va. on August 22, 1906, probably with his grandfather, the Confederate veteran, John H. Slusser.


And here, my friends, in a nutshell, is a provenance history of the Slusser copy of Historical Collections of All Nations:

I should note that the Slusser pencil drawings were drawn no later than the 1890s, and most likely earlier.  Several sources on the web cite the publishing history of Belfor, Clarke & Co. to be from 1875 to 1892. 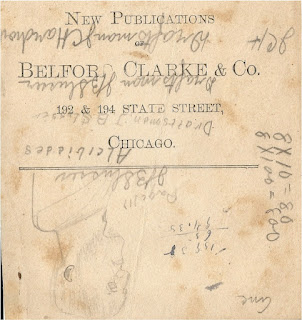 And now to see who wants this book, pencil drawings, Confederate Veterans' Reunion Ribbon, and all. . . . Or maybe I'll sell the ribbon separately. . . .

Update:  I'll be selling the book and the ribbon separately on eBay, probably listing them the first week of June.

Nice. I enjoy this kind of research. The publisher imprint begins "Belford" but I suppose that's just a typographical error on the post or you would have been unlikely to find any references to the company.

In recent years I have found Google Books to be a valuable tool for this kind of research. For example, here is a Publishers' Weekly memorial for one of the founders of the publisher:

And here is another PubW piece on the publisher going into bankruptcy:

I also use subscription databases like Ancestry, NewspaperArchive, and GenealogyBank to find genealogical and newspaper articles.

All of these have been valuable in my research for the Series Book Encyclopedia.

It was more a misread than a typo; the letter "D" is very faint on the publisher's ad. But google "Belfor" and you will still get 118 results about Belfor, Clarke and Co! Your links about the Belfords don't show up; Blogger may not permit links in the Comments section. But thanks for trying James.