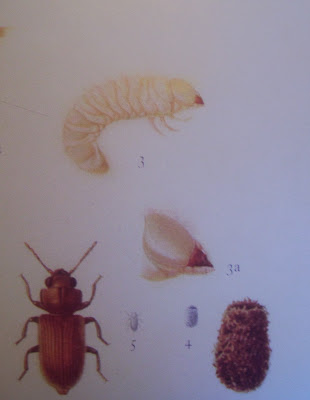 I have no drawings of bibliomites to display for you. But I can assure you that bibliomites were not creepy-crawly things. In fact, they were normal human beings who worked in the bookstores in England. I should note, however, that the specimen I researched had a head much too large for the rest of his body. I believe this to be an individual trait, and not one associated with all bibliomites; but more on my specimen later.

The bibliomites first gathered together at the bookshop of Francis Edwards in December 1950 and formed a society that had a rather official-sounding name: The Society of Antiquarian Booksellers' Employees.

Don't let the name fool you. This society was more of a social club than a union. When they weren't working, these bibliomites got together to have fun!

And they dined and they danced!
From the Publishers Circular and Booksellers's Record, 1951

They drank pints of beer. They competed in darts tournaments. And one bibliomite, Frank Doel, of 84 Charing Cross Road fame, umpired the annual cricket matches against the "Guvnors."

There is an excellent article by Dudley Massey and Martin Hamlin on both the ABA and the ILAB websites covering part of the History of the Antiquarian Booksellers Association. And the bibliomites are mentioned several times in this article, from their first meeting in 1950, to their last Halloween dance and subsequent demise in 1974.

The British Library has a run of the first series of Biblionotes: Nos 1-13.

And in my own library, I have a book by a Walter Harris titled, Contributions to Biblionotes &C. 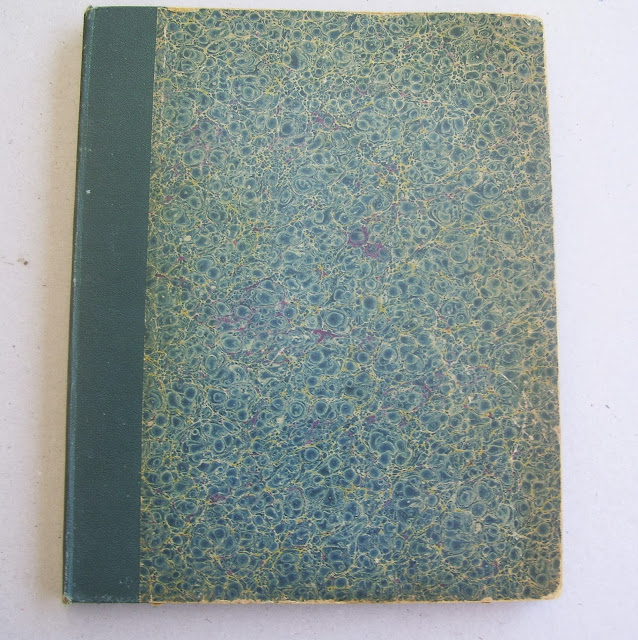 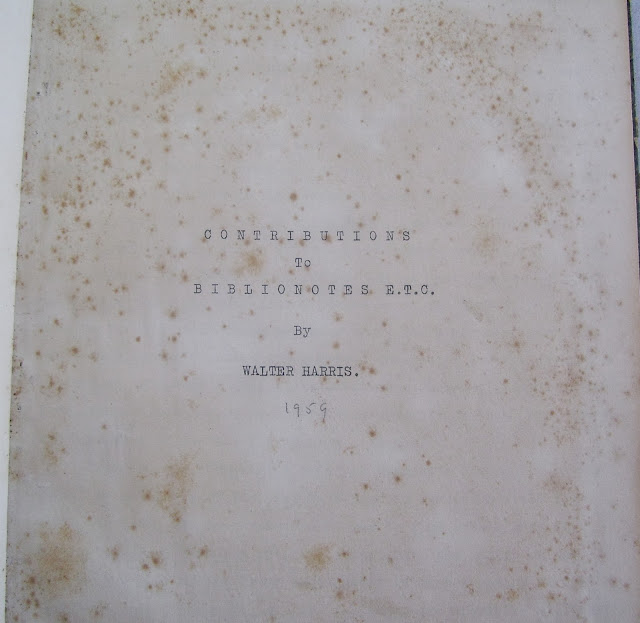 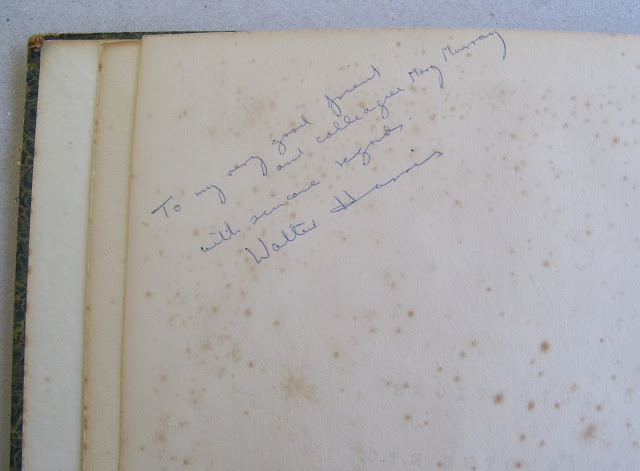 I acquired Contributions to Biblionotes &C from Questor Rare Books in August 2002, a few years before its owner, John Walwyn-Jones, closed up shop and went to work for Bonham's. When I bought the book, I thought Biblionotes was one of them there British periodicals about books. I had no idea who Walter Harris was, much less Mary Murray. And if you mentioned bibliomites, I would have thought you were talking about a species of bookish creepy-crawly things.

I was going nowhere in my research for months. But fortunately, in March 2003, my London friend, Sandy Malcolm, who hails from Edinburgh, read an article by Anthony Rota in a recent issue of the Scottish Book Collector. In the article, Mr. Rota discussed the seating arrangement at an auction:


. . . then Thomas Thorp, perhaps Tom himself, with his distinctive bottle-bottom spectacles, or perhaps his first assistant, Wally Harris, his huge dome of a head crammed with book-lore....

I contacted Thomas Thorp Fine & Rare Books in March 2003, and was so pleased with Jim Thorp's response that I immediately ordered a book from him.

Walter "Wally" Harris had already retired before Jim Thorp joined the firm in 1962. But he met him a few times and confirmed to me that Wally Harris did indeed have an enlarged cranium. Wally Harris was the editor of Biblionotes and, as such, was the major contributor to the publication. When Wally Harris retired around 1959-60, Mary Murray replaced him as shop manager at Thorp's.


When I joined Thorp's, the firm was about to move from Berkeley Street to larger premises in Abermarle Street, entailing much humping of boxes. A pair of young shoulders would obviously be useful –– the other staff at Thorp's were Walter Harris the manager and Ernest the packer, both in their sixties. Walter, whom I always called 'Mr. Harris', was a bookseller of the old school and had been with Thorp's under Tom's father when the business was in Bond Street. He was a specialist in nineteenth century literature and could recite all the points of Dickens in original parts without looking at a reference book. . . .

Walter "Wally" Harris died at the age of 88 on Feb. 20, 1982. In his obituary published in the ABMR shortly after his death, he was described "as one of the three most knowledgeable bookmen who ever lived."

To the best of my knowledge, only one of Walter Harris's twelve "Contributions to Biblionotes" has been reprinted elsewhere. In the 1960s, the old Manchester Review reprinted his piece on "Great Totham Press." There is another article by Walter Harris in the same journal, but that is not one of the pieces printed in Biblionotes. 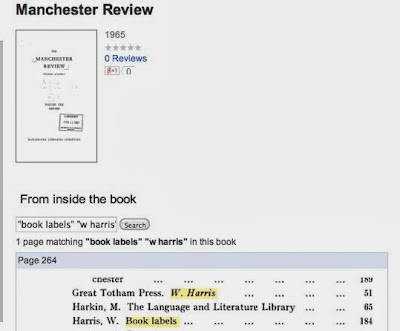 If Walter Harris was truly one of the three most knowledgeable bookmen who ever lived, then I believe I should share his knowledge with other bookmen. Each Christmas I will post one of his "Contributions to Biblionotes" on My Sentimental Library blog. The title of the blog posts is "Twelve Blogs for Christmas: Contributions to Biblionotes." And here is a link to this year's post on Chapbooks.