William Strunk's Other Books in My Library

William Strunk Jr. was not just the author of The Elements of Style. He was the author or editor of books on Shakespeare, Samuel Johnson, Poetry and several literary classics. He was one of the leading Shakespearean authorities of his time. In 1935, MGM hired him as an adviser for the movie, Romeo and Juliet, directed by George Cukor. 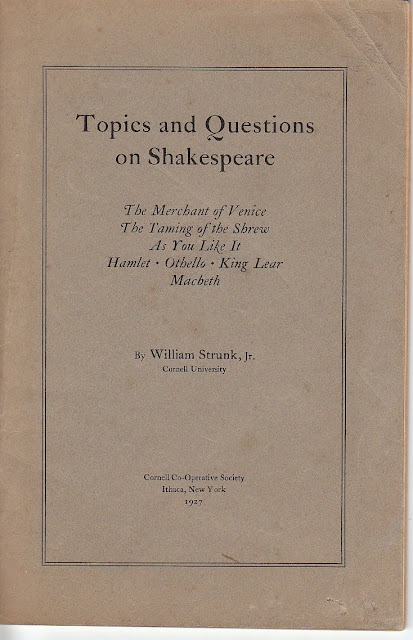 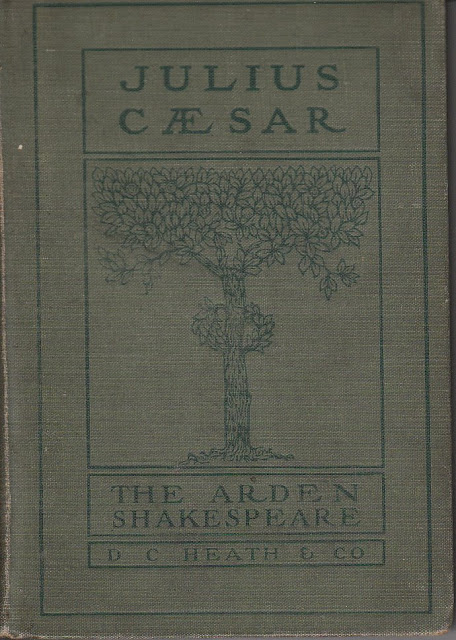 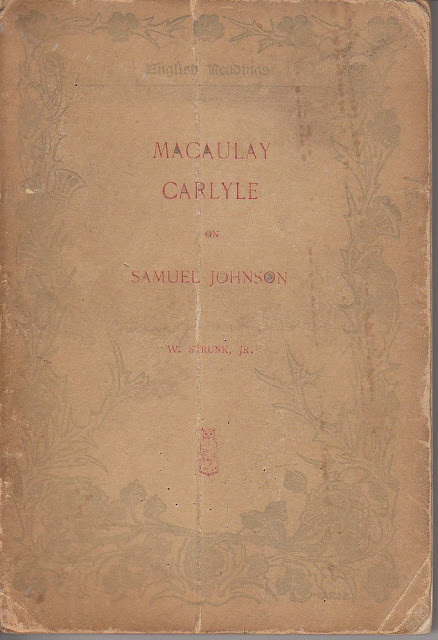 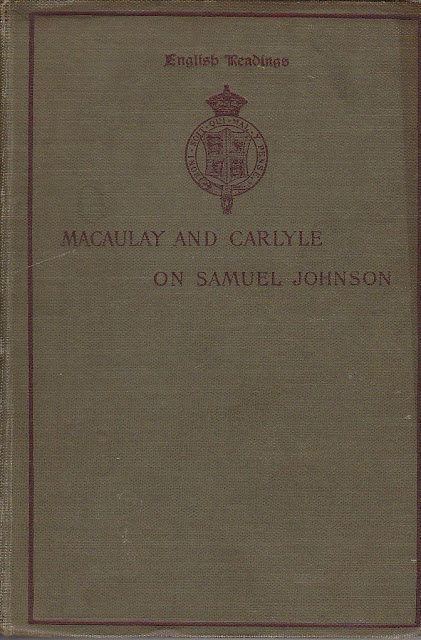 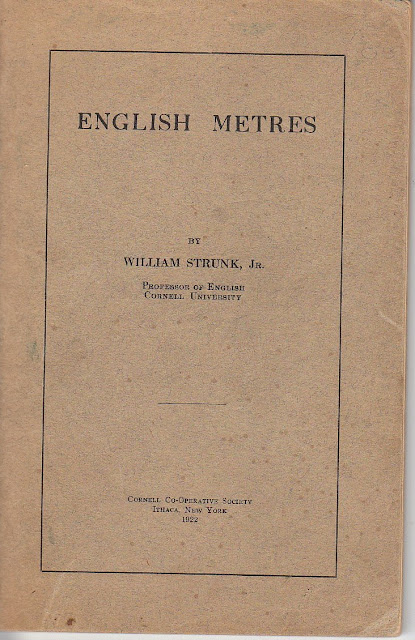 The Last of the Mohicans
By James Fenimore Cooper
Edited For School Use by William Strunk, Jr.
English Classics-Star Series
Yonkers-On-Hudson, N.Y. 1913 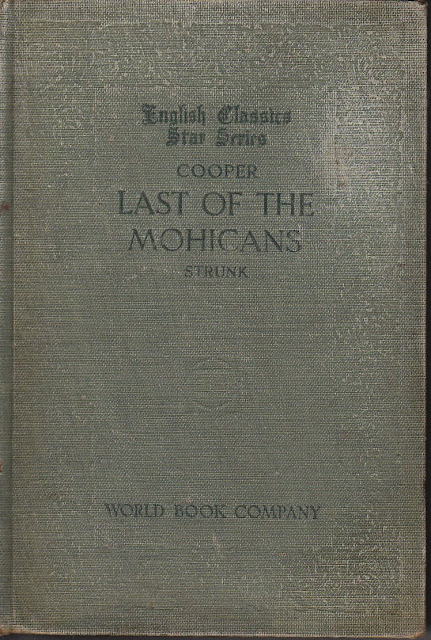 Studies in Language and Literature
In Celebration of the Seventieth Birthday
of
James Morgan Hart
November 2, 1909
New York, 1910 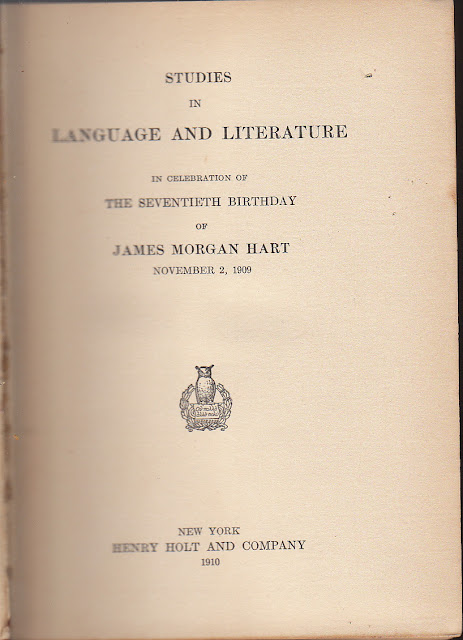 William Strunk was one of the editors of this work, and contributed an article as well: The Importance of the Ghost in Hamlet.

Strunk received a few copies of the article, which was reprinted from the book. He gave a copy of the article to the author, Frederick Tupper. It is stamped "With the Compliments of" and signed "W. Strunk Jr." 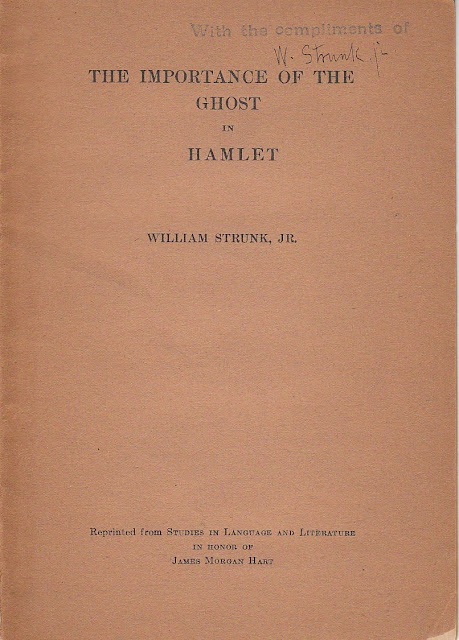 There are at least three other books that Strunk either wrote or edited. I will include them as I acquire them.
Posted by Jerry Morris at 10:07 PM